The effect vicious women are having on our progress in the workplace and why it needs to stop!

I am sure if I spoke to any of you about your career so far you will have a story about a woman who inspired you and a woman who degraded you. My personal experience so far has been that the majority of women I have met in my career are confident and strong and pretty impressive. They work hard to break the stereotype and lift their female colleagues up rather than trying to bring them down.

But sadly I have also been on the recieving end of the female who hasn’t got the memo re: it’s about time we stopped dicking on each other! This type of behavior always leaves me perplexed and sad. Why does this woman who is older than me and has this incredible talent and respect of her male colleagues find it so amusing to drop a few stingers my way? How does she even have the time for it? What is her motivation?

I am 32 and have luckily been brought into a family of pretty powerful ladies. The women I choose to surround myself with are also strong and opinionated but the underlying personality trait is that they are just nice, kind, cool women. Whats wrong with that? You can be strong and kind, right?! So why are we seeing some of these older women at the top of their game wanting to stamp on us before we are even getting started?

A good example of calculated unkindness happened to me earlier this year. While at an annual conference closing party. My colleague and I were dancing with some of our team. Everyone was really happy, we had just completed a successful event and we were letting our hair down a bit. After 5 days of key notes and meetings we had some energy to burn. An older, senior female colleague decided it would be utterly hilarious (pat on the back to her – NOT!) to hand me a wad of dollar bills while I was dancing. Ah what a funny joke, a woman objectifying another woman to get the laughs/respect of her male colleagues. How basic right?

You have to think dont you? What went through her mind when she did that? She is Senior to me, apparently has her shit together, but for some reason she made the decision to reach into her purse, alert the male crowd around and walked over to intentionally embarrass me. It was such a sexist action. I saw her then for what she was. A traitor. A turn cloak! Preferring the respect of the men around her rather than the respect of other woman. Was it simply to mask her own toxic feelings about herself? Or was it a case of monkey see, monkey do? Did she once get degraded by another woman while scaling her career ladder? It’s kinda sad when you think about it. Do we all turn into these types of women eventually? I shudder at the thought!

Coming into the world of work only 9 years ago I still have a way to go before I reach my career goals. But what is so sad is that during this time I have had multiple experiences of un-provoked pre-mediated unkindness from the very women I should be looking up to for guidance. Luckily I have also had some amazing female bosses who empowered me and built me up. So maybe there is hope for me!

Don’t worry I am getting to my point….

I also want to clarify when I say “Bitch” in this piece it is not about a woman exercising her strength and it being misconstrued. I am all for persistence, truth, courage and power in any  Female Boss. What I am talking about here is unnecessary comments and calculating behavior that just exposes the weakness men believe we have.

I get it, I get the pressure to don the armour, to thicken our skin, to say no without the “sorry” to justify it, to deepen our voices and battle with scenarios our male colleagues take for granted. It’s already fucking hard ladies. It’s even harder when our “role models” are not supporting us. How can we ask for equality when these “types” are exuding everything we are fighting against.

I believe the process starts with elevating each other. Only we can elevate each other and create an incredible culture for women working their way up the career ladder. Empowering the women in our organisations through leadership of strong , fair, powerful and kind women is so important to breaking that impossible glass ceiling.

Ambition is a good thing, we should totally own it. But not at the expense of letting down our tribe. 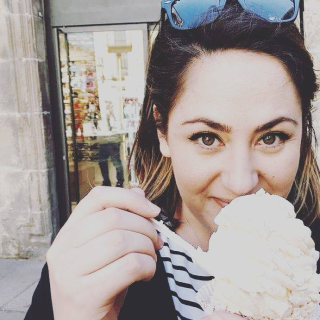